Roketsan Has a Strong Impression at IDEF 2019

Roketsan draws the attention of participants with its cutting-edge technology products and capabilities at IDEF 14th International Defence Industry Fair, held through 30 April - 3 May 2019 in Istanbul. Through the fair which hosted leading firms in defence industry, a number of new Roketsan products including Micro-Satellite Launching System, YATAĞAN, TANOK, ATMACA and ALKA are put on display. In addition, Roketsan has announced its cooperation with many companies through signing ceremonies on the first and second day of the event. A Cooperation Agreement on development and production of TST 101 Fuze for air bombs is signed between Roketsan and TÜBİTAK SAGE. With this cooperation it is expected that the role of Turkey will strengthen in international defence market by achieving the indigenous and national development and production of this fuze which has an important global position in MK-80 series air bombs. A Cooperation Agreement on the Development of Kamikaze Multi-Rotor Unmanned Aerial Vehicle (UAV) System is signed Between Roketsan and Aselsan. Through this agreement, Roketsan’s UAV Ammunition (RİHAM) would be integrated to Aselsan’s Multi-Rotor UAV, thus meeting an important requirement of Turkish Armed Forces. ALTAY National Mass Production Project Main Subcontractors Contract is signed between the main contractor BMC and the subcontractors Roketsan, Aselsan, Havelsan and MKEK. Turkey’s national battle tank ALTAY was developed to meet Turkish Armed Forces’ requirements for the future. It is expected that ALTAY will be the main batte tank with the most extensive protection. SavNET Connection Protocol is signed between SSB and Roketsan, Havelsan, Aselsan, TAİ, TÜBİTAK SAGE, STM and TEİ. Roketsan has also signed Future Cooperation Agreements with ATA Silah Sanayi and AKDAŞ Makine. Detailed presentations on our new products and systems were made to the Minister of National Defence Hulusi AKAR, Minister of Interior Affairs Süleyman SOYLU, Minister of Industry and Technology Mustafa VARANK, Head of Turkey's National Intelligence Organization Hakan FİDAN, Turkish Chief of General Staff General Yaşar GÜLER, Commander of Turkish Air Forces General Hasan KÜÇÜKAKYÜZ, Commander of the Turkish Gendarmerie Forces Arif ÇETİN, who visited Roketsan booth. Meetings were held with delegations from Pakistan, Malaysia, Vietnam, Oman, Serbia, Ethiopia, Brazil, Kazakhstan, Albania, Ukraine, Azerbaijan, United Kingdom, USA, Italy, France, Lithuania, Gambia, Bahrain, Russia, Belarus, Tunis, Slovakia, Uganda, Philippines, Chile, Indonesia, Turkmenistan, Uzbekistan, Mali, Somalia, Nigeria, Kuwait, South Korea, Czech Republic and Zimbabwe. Turkish and international press showed interest in Roketsan booth. Through the fair, Anadolu Ajans, CNN Türk, Sabah, Hürriyet, TRT, Bloomberg HT, Ulusal Kanal, Yeni Şafak, Kanal 24, Kanal 7, A Haber, Donanım Haber, Army Recognition and Aviation Week made interviews with Roketsan executives. 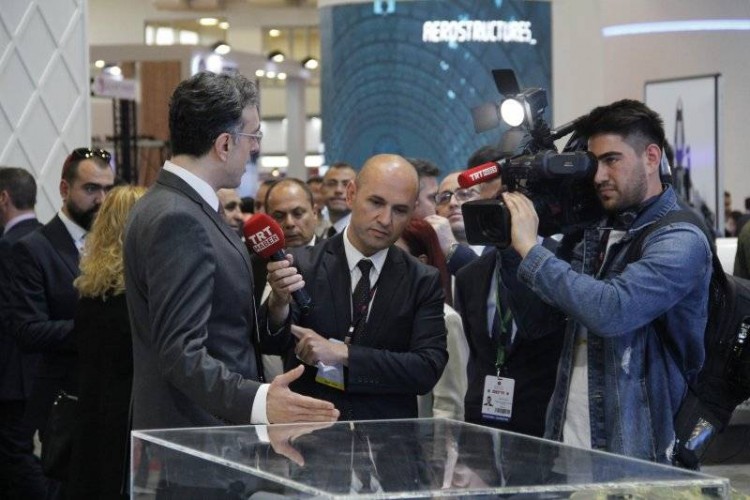 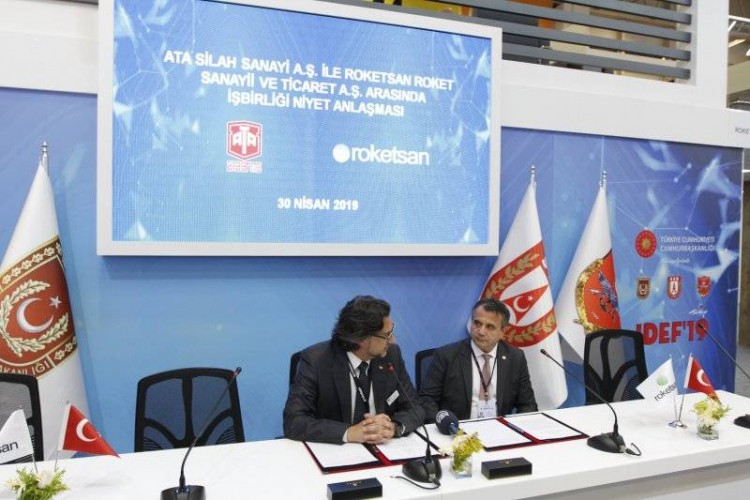 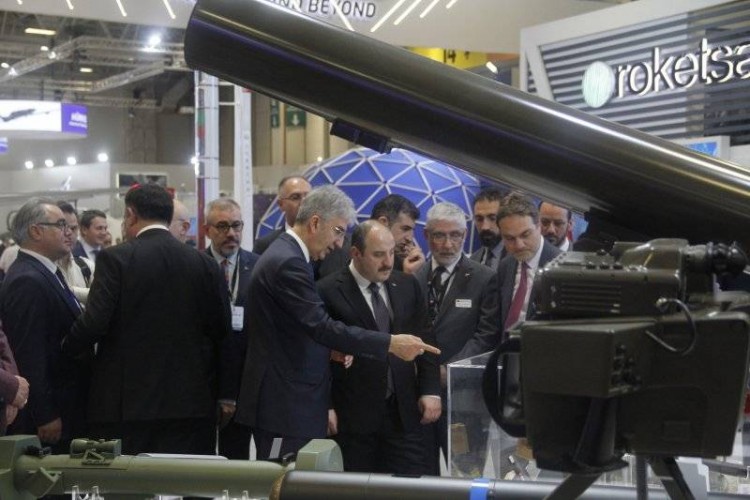 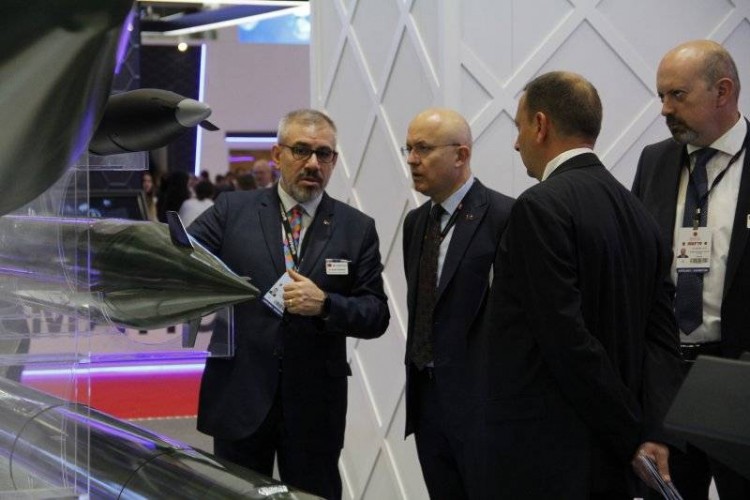 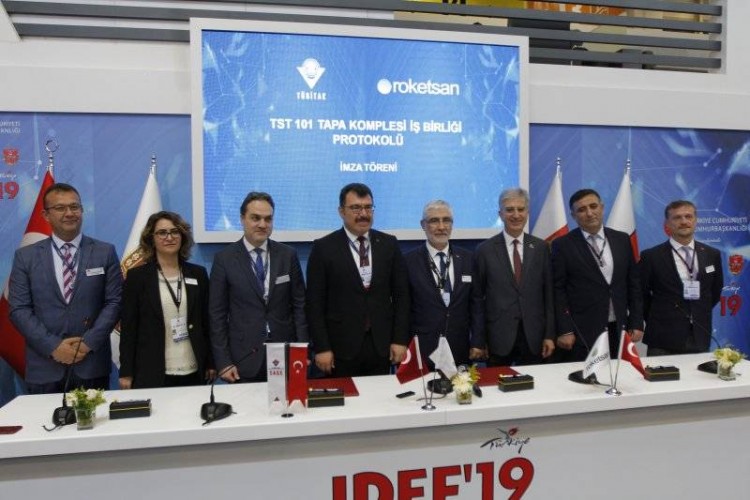 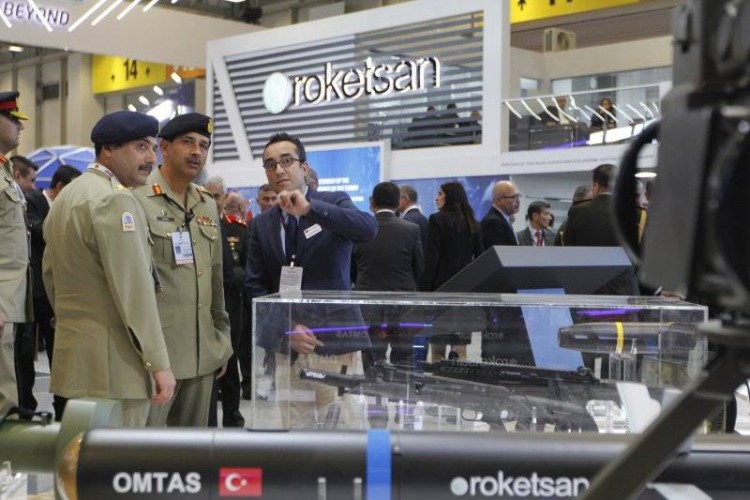 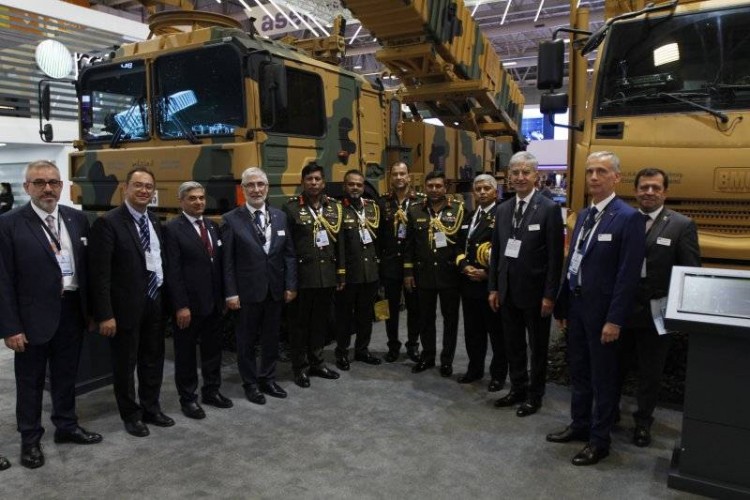 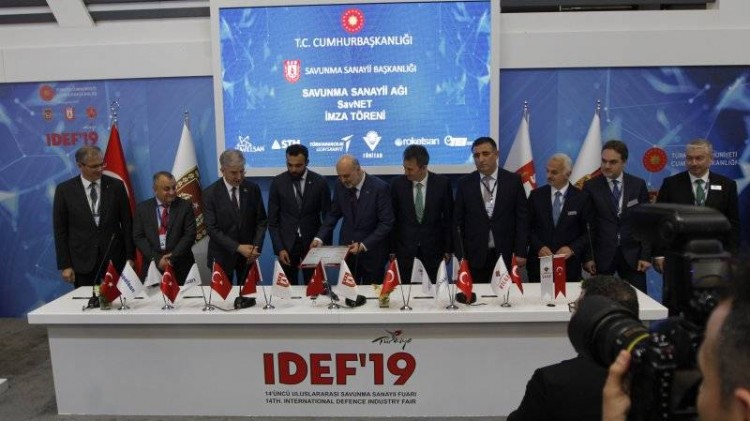 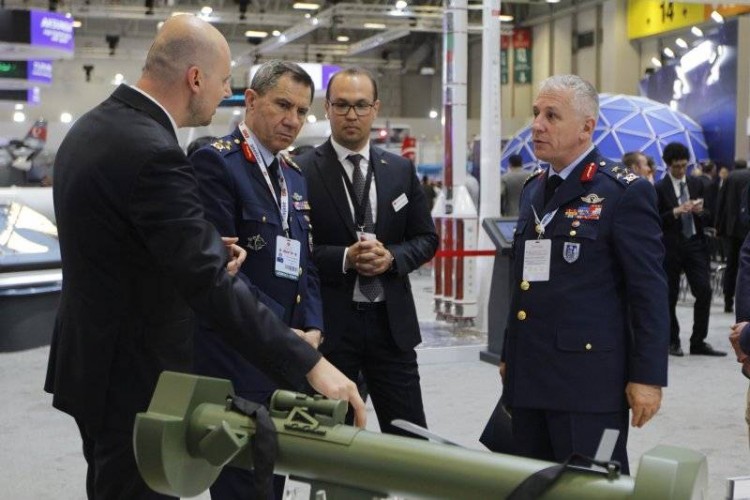 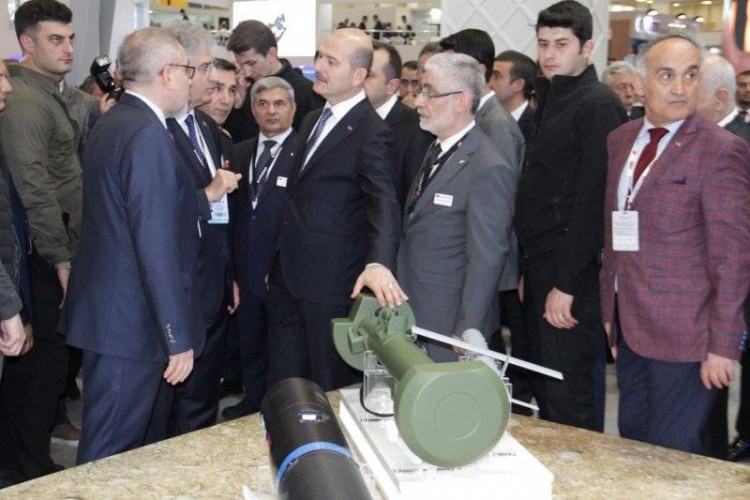 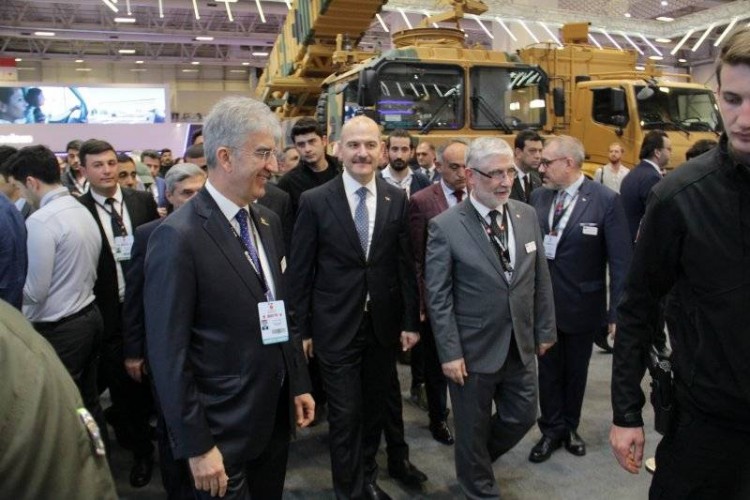 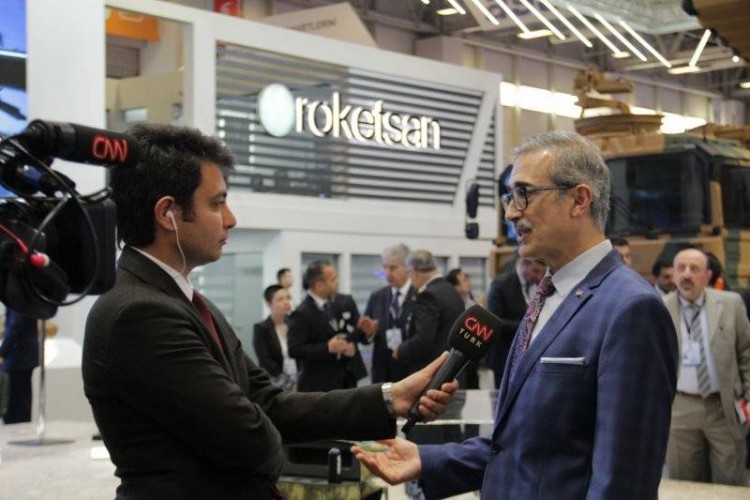 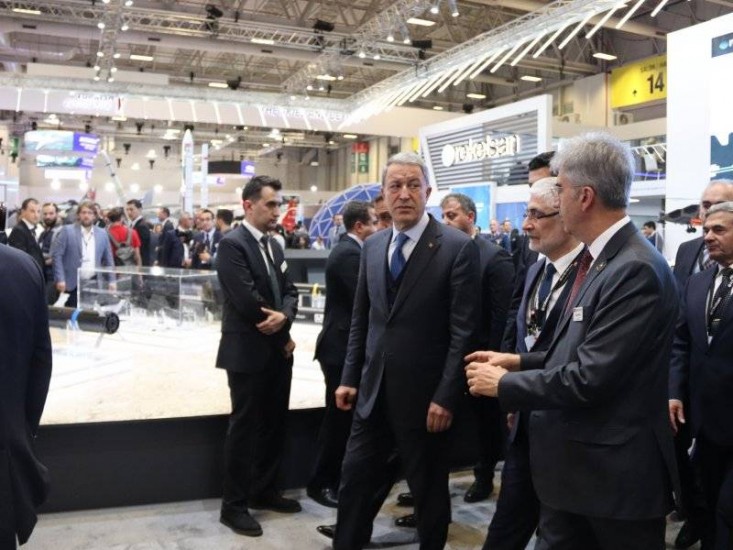 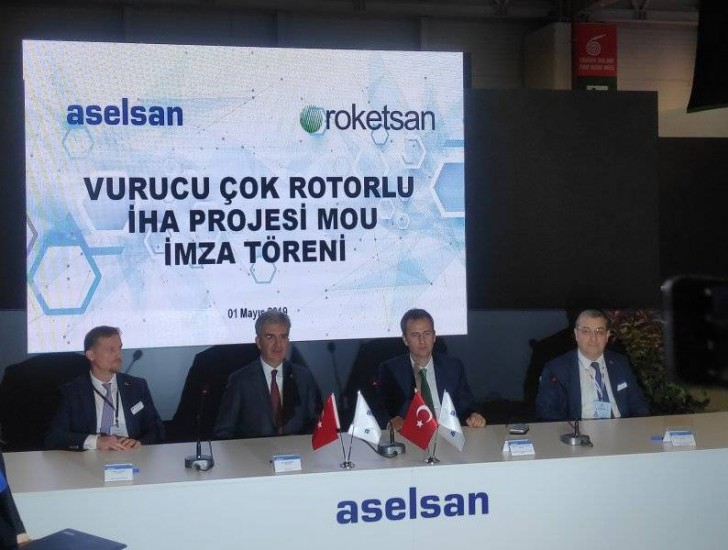 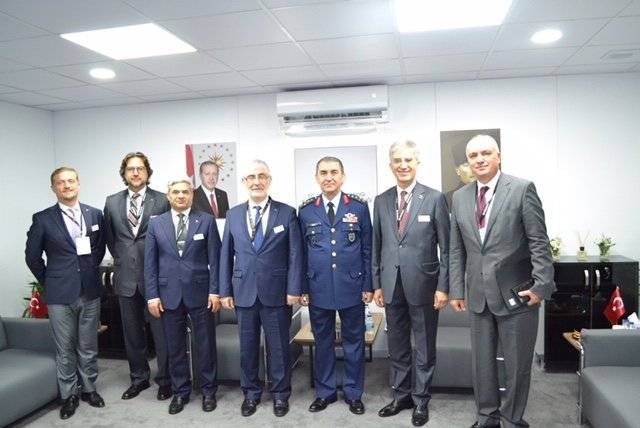 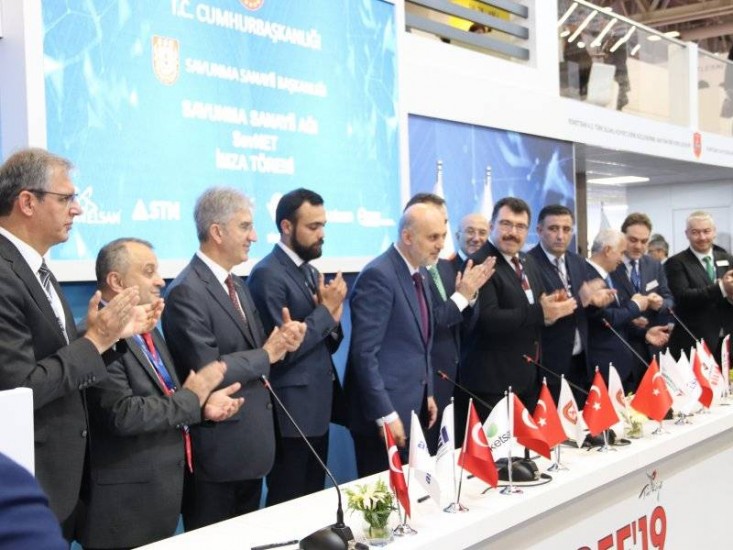 These cookies are essential for you to browse the website and use its features, such as accessing secure areas of the site. Cookies that allow web shops to hold your items in your cart while you are shopping online are an example of strictly necessary cookies. These cookies will generally be first-party session cookies. While it is not required to obtain consent for these cookies, what they do and why they are necessary should be explained to the user.

Also known as “performance cookies,” these cookies collect information about how you use a website, like which pages you visited and which links you clicked on. None of this information can be used to identify you. It is all aggregated and, therefore, anonymized. Their sole purpose is to improve website functions. This includes cookies from third-party analytics services as long as the cookies are for the exclusive use of the owner of the website visited.

allow us to personalise your experience and to send you relevant content and offers, on this website and other websites.